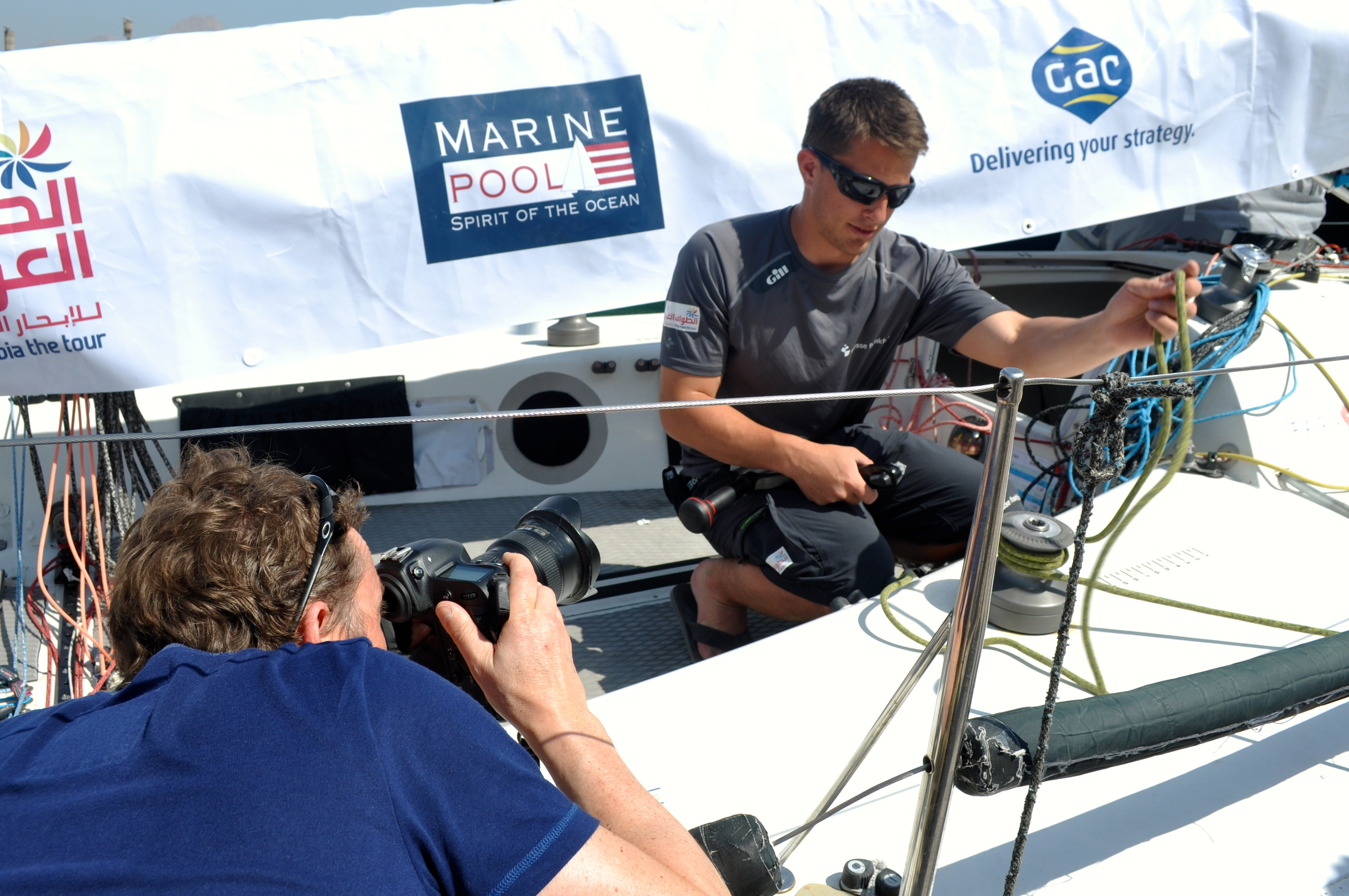 Marcel Herrera, the youngest sailor competing in the prestigious Sailing Arabia The Tour event, has finished with an impressive podium result of 2nd place for the first leg of the event from Bahrain to Qatar. It was a close battle between the top three boats, but having stepped up their game this year with six months of intense training in the UK, the Messe Frankfurt sponsored team proved to be a serious challenge to top America’s Cup and Olympic level sailors and finished just three boat lengths behind first place.

Leaving the dock in the early hours of Monday morning, Messe Frankfurt lead the race at the start which took the teams from Bahrain to Qatar as part of the Gulf Coast’s only annual long distance offshore event. After an intense and short upwind leg, the crew enjoyed an exciting downwind ride to Doha with some very close racing all the way and finished just seconds behind event favourites EFG skippered by world class sailor Sidney Gavignet.

Despite being only 21 years old, German born Marcel Herrera has pulled together a team of highly experienced sailors with a range of skills which work together seamlessly. The addition of experienced Farr 30 and Tour Voile navigator, Coriolan Rousselle, and top helmsman, Matthew Rainback, has helped the team to step up to the next level and become a serious contender in this event.

With the goal of a podium result overall, Marcel is extremely happy about this first result,

“Second place is a fantastic start for us and we are really pleased with our performance. Sidney and his crew have many years more experience than us and are top class sailing legends, so we are very proud to have had such a close battle with them. We are a young crew, but all of our training and boat preparation in the UK has really paid off.”

Today, Tuesday 11th February, the Messe Frankfurt crew will take part in the in-port racing at The Pearl, Qatar for which they will have to adapt their game plan and skills to take on much shorter and more intense courses. Bringing on a top UK bowman will certainly help them to challenge the strongest teams and the they are aiming for another top result.